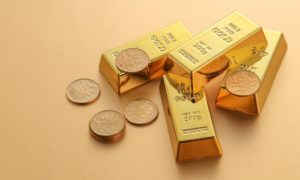 Gold monetization scheme was launched in 2015 by Prime Minister Mr. Narendra Modi and implemented by the Government of India to turn over 20,000 tonnes of gold locked in safes in Indian households into a productive asset. Gold Monetization Scheme was launched with the aim of mobilizing gold for reducing the country’s dependability for importing gold from foreign countries. The scheme also aimed at benefiting jewelers through loans and lending it banks to keep up with the flow.

India imports nearly 800–100 tones gold annually. Although the gold stocks of our country are estimated to be over 20,000 tones, most of the gold is not traded or monetized.

Objectives of the scheme

Initially, announced in the Union Budget Speech of 2015–2016, Gold Monetization Scheme has the following objectives:

What are the salient features of the Gold Monetization Scheme?

Under this scheme, gold in any available form, bullion, or jewelry without any embedded stones can be deposited. Minimum 30 grams of 995 fineness of gold should be deposited; there is no upper limit.

The tenure for gold deposit is categorized into three types, namely short term (1–3 years), medium-term (5–7 years), and long term (12–15 years). In case of premature withdrawal, the penalty is charged to investors.

The rate of interest is 2.25% for the short-term plans on the current price of gold, whereas it is 2.5% for medium- and long-term plans.

What are the benefits associated?

How to apply for the scheme?

Applicants should open an account with a scheduled bank as listed under the guidelines of RBI.

Once CPTC has conducted a thorough assessment of gold, a receipt is issued for gold quantity.

Depositors then submit the receipt to their banks for obtaining the final deposit certificate.

Once gold/jewels are deposited, they are converted into equivalent coins and used by the bank. Upon withdrawal, depositors get an equivalent amount of gold coins or money.

How is the authenticity of gold verified?

What are the additional benefits?

An Indian Gold Coin has been launched as a part of the Indian gold Monetization Scheme. This coin is the first-ever national gold coin engraved with a symbol of Ashok Chakra on one side and the face of the father of the nation, i.e., Mahatma Gandhi, on the other side. The coin is available in two forms, namely, 5 and 10 grams of weight; a 20-gram bar or bullion has also been launched under this scheme.

Features of the Indian Gold Coin

The coin is as pure as 24 karat, with a fineness of 999. The coin is hallmarked as per the standards of the Bureau of Indian Standards. The coin is known to be safe and recyclable owing to its tamper-proof packaging and advanced features. The coins are distributed through Metals and Mineral Trading Corporation of India and its various outlets.