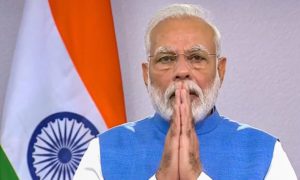 A disease that has taken the world by storm, Coronavirus is humbling governments all across the globe. Various countries are now investing as much of their capital towards better healthcare as possible.

The Indian Government spearheaded by Narendra Modi has announced, amidst a vast majority of confused masses, a financial stimulus package worth ₹1.7 Lakh Crore (around $22 Billion). This scheme comes to distressed masses under the title, Pradhan Mantri Gareeb Kalyan Yojana.

Coronavirus has led to economies worldwide to take an unprecedented plunge into the depths of Financial crisis hitherto unfelt since the Financial Recession of 2008. The group that ends up taking the worst hit from a falling economy is poor, and therefore the Pradhan Mantri Gareeb Kalyan Yojana aims to soften that fall for those barely managing to make it from paycheck-to-paycheck.

In testing times, the Finance Minister of India, Nirmala Sitharaman stepped up to the occasion to elucidate the benefits that would come with the said scheme.

Here are the highlights of the Finance Minister’s disclosure of the scheme:

To leave you with this thought

With these emergency measures in place, the Indian Government aims to take care of the issue at hand. Sound economic decisions on behalf of the government, and proper hygiene practices and adherence to the protocol from your end can ensure we get out of this least scathed.