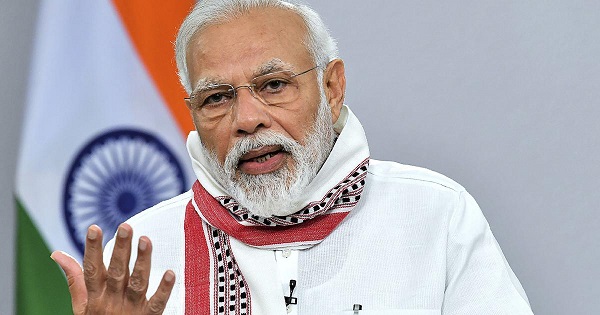 On Friday, PM Modi led ‘all-party’ meeting was organized in which several important topics were discussed including the COVID-19 vaccine. Members of Parliament of both Lok Sabha and Rajya Sabha, took part in this important ‘all-party’ meeting. Significantly, some prominent leaders of the opposition parties too participated.

PM Modi made some big announcements regarding the COVID-19 vaccine, after the meeting. He said that a potential vaccine is expected to roll out in a few weeks of time. PM Modi also specified that on a prior basis, the vaccination will be preferred to the elderly and Corona-Warriors.

He mentioned that there are eight potential vaccine candidates currently under trial. As soon as the authorities approve a vaccine, the vaccination process will be initiated. Regarding the price of the vaccine, PM Modi said that discussions are going on with the states and the price will be finalized keeping public health in mind. He also said that special software is under way, which will provide real-time information about the stock and other details regarding the vaccine.

The central government is currently working on a large-scale vaccine distribution programme, which will be launched with the co-ordination of the state governments. For this purpose, the government has established a National Expert Group (NEG), which will provide important recommendations regarding the mass-distribution of the vaccine.

The Central Government also said that it hopes for active public participation, a scientific approach, and fluent co-operation from the states and citizens as the country is standing on the verge of vaccination. Significantly, India holds one of the largest networks and vast experience in vaccination programs. Also, India is one of the biggest manufacturers of vaccines with a massive capacity of producing 3 billion doses annually.